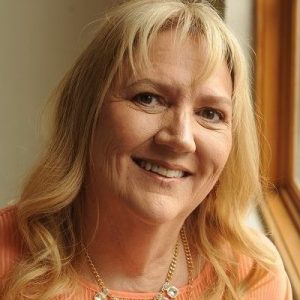 Representative Elizabeth (“Liz”) Thomson is a progressive who is actively engaged with her community, especially sensitive to the concerns of people with disabilities, determined to improve opportunities for education, dedicated to fixing crime and delivering quality health care.

Daughter of an educator and a nurse, raised on two Native American reservations, Thomson grew up understanding service to the community as central to a well-lived life. The late John Lewis’ encouragement to make “good trouble” has always resonated for her. Not a troublemaker by nature, she is yet willing and able to make “good trouble” when necessary – as now, when New Mexico’s police departments need reform in order to safeguard her own and all children, and reorganization in order to “Protect and Serve” in ways that don’t damage relationships.

Thomson represents House District 24, which runs south from Spain to Lomas, east from Wyoming to Juan Tabo and, in its northernmost neighborhoods, to Tramway. Well-respected and well-liked, she is known for her patience—including with hostile voters. But even if she weren’t pleasant, she would be a shining light in our state legislature. She has consistently supported appropriations for teacher and state worker salaries and combatting substance abuse. As Co-chair of the Tobacco Settlement Oversight Committee that funds a host of critical health-related programs and member of the disabilities concerns subcommittee of the state legislative health and human services committee, she has also been named to the prestigious National Conference of State Legislatures’ health and human services policy working group—an especially appropriate appointment given her 30-plus years as a physical therapist working with infants and children. She’s supported by a who’s who of progressive advocacy interests, including Planned Parenthood, Common Cause, Emily’s List, National Education Association of New Mexico, Animal Protection Voters, AFSCME and Emerge-NM.

Liz Thomson’s election in 2014 signaled a Democratic and dramatic change for District 24, reversing 33 years of Republican representation. After one term, the opponent she first defeated took back the seat – but Rep. Thomson has since been elected twice more. She’s representing her district not to defend the status quo but, instead, to make a real difference. She deserves the vote of every one of her constituents for a job well done and for her firm dedication to improving the lives of New Mexicans.