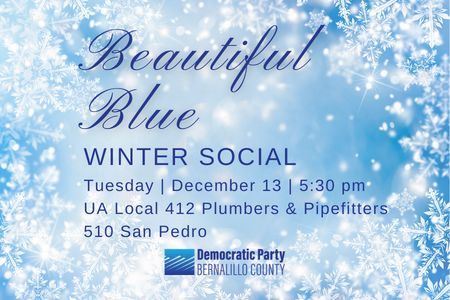 VOLUNTEERS in Bernalillo County showed up throughout the year and turned out the Democratic vote in a BIG way in November. DPBC issues this invitation as a show of appreciation!

Let’s get together and celebrate Bernalillo County’s Beautiful Blue 2022! 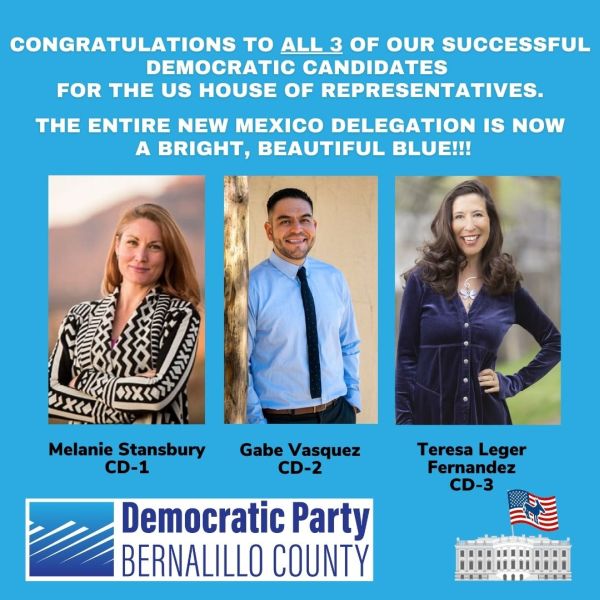 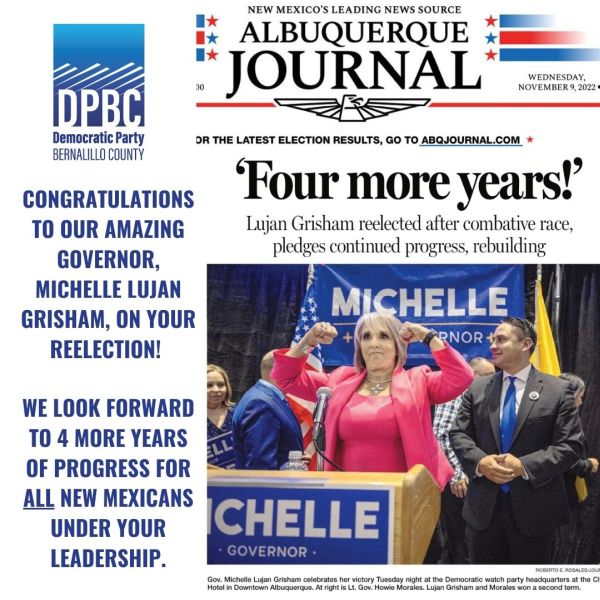 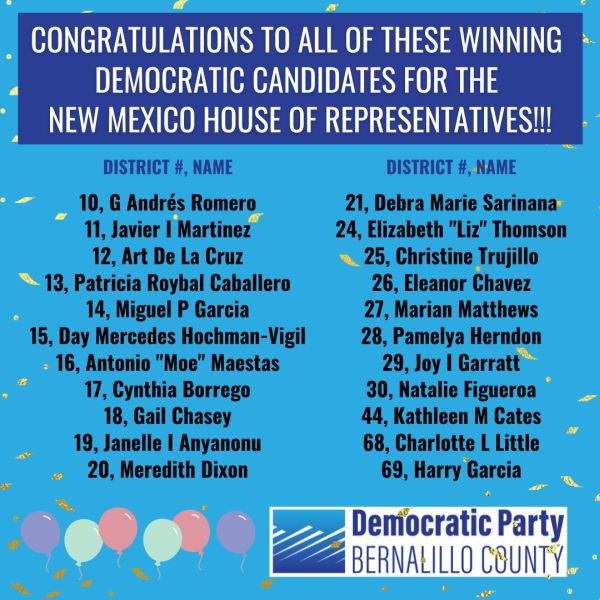 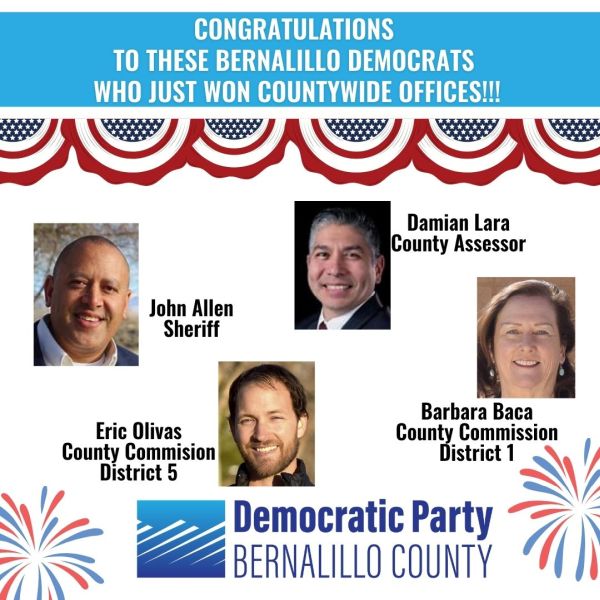 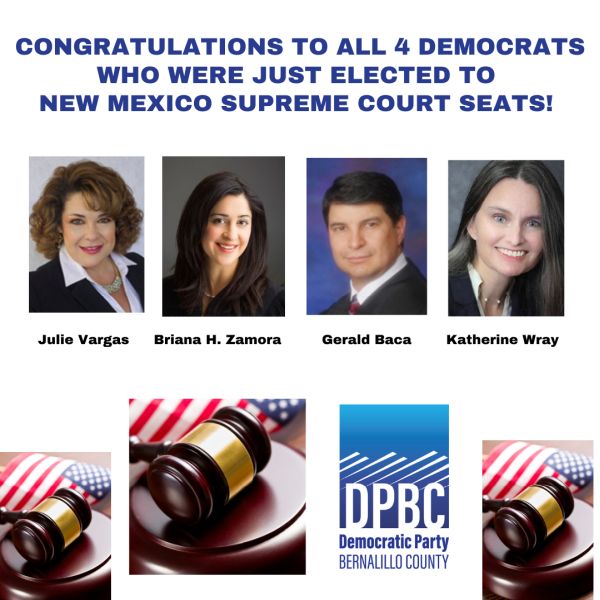 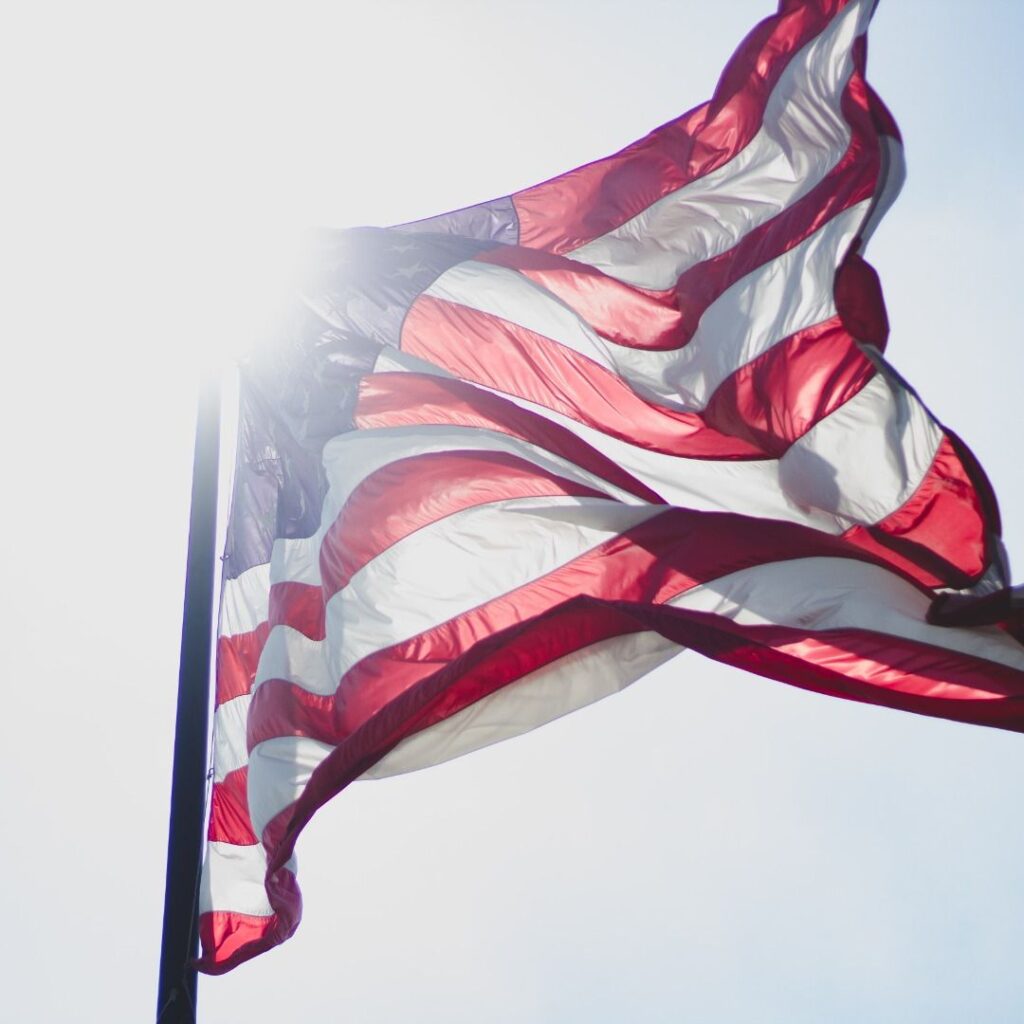 Even in Victory, We Need Hope

On November 8, before election results started rolling in, Rebecca Solnit’s thoughts on hope came to mind: “To hope is to give yourself to the future–and that commitment to the future is what makes the present inhabitable.”

As the day went along, future hope seemed less critical as we moved toward a blue wave, rather than a red wave, in a brighter and brighter present.

Why? For one thing, Democrats in New Mexico won so resoundingly: 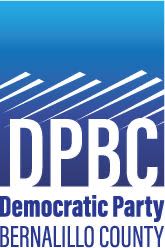 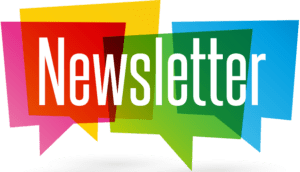