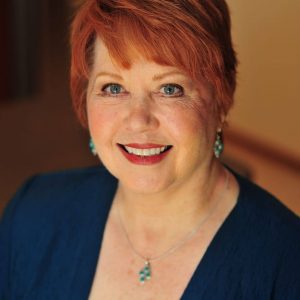 Karen Bash was elected to her seat in 2018 as House District 68 representative with an impressive variety of background achievements as an educator, a home visitor to teenage mothers, a minister, a small business owner and above all, as someone who cares about her constituents. She has served that West Side district well for the last 2 years, participating in three action-packed sessions in the Roundhouse.

Rep. Bash’s general election opponent is Giovanni Coppola, who touts his small business experience in his father’s janitorial supplies firm and his commitment to less regulation and taxation. He is running for office for the first time. Still in his twenties, he counts on his appeal to the young of District 68, which Rep. Bash counters with her concern for all of the voters in the district.

Ms. Bash is an active member of the House Health and Human Services Committee. In that role, she has worked on bills having to do with two of her top priorities, health and health care coverage for New Mexicans. She expresses strong support for the Health Security Act, which has come before many sessions of the Legislature. She is pleased to have passed a bill she co-sponsored, 2019 House bill 322, which mandated coverage for autism spectrum disorders. She herself has had personal experience with a troubled child.

Participating in the 2020 Special Session, Karen Bash participated in reducing budget expenditures, and says that now is not the time to increase taxes. She was delighted to have passed a small business loan program for businesses affected by the pandemic.

Rep. Bash knows budget discussions next year will be hard, but wants to be sure that health care and education are not further cut or “sanded.” With her interest in early education, she was pleased that teachers got a small raise, and hopes to promote the often-discussed constitutional amendment that would divert a small percentage of the proceeds of NM’s land grant permanent fund to early education.

“I’ve toured the Permian Basin,” she says, knowing of the health problems made worse by the oil and gas extraction there. She would push for more environmental regulation and for clean and renewable energy sources. Rep. Bash also supports decriminalization of abortion.

Karen Bash is the best candidate for District 68; she cares about families and children and would work hard to move New Mexico out of 50th place in child well-being. She knows we can improve.