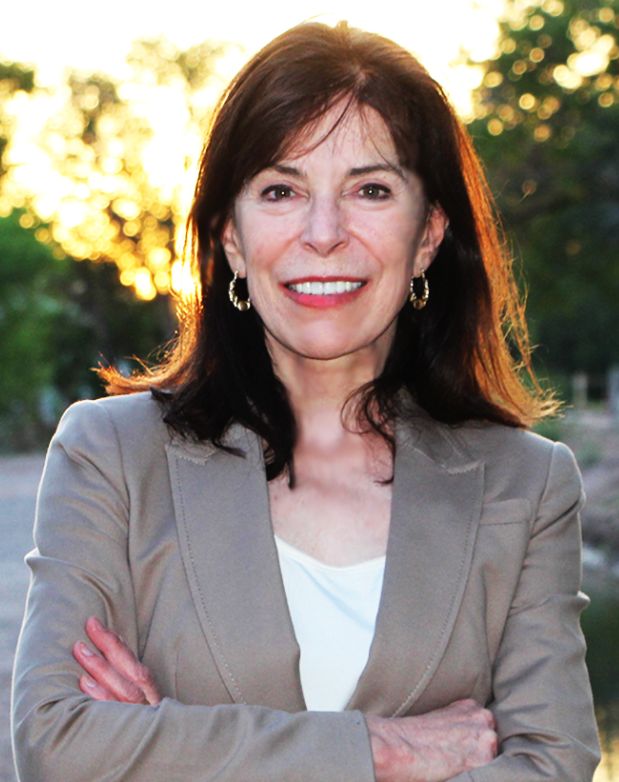 A big change for the Public Regulation Commission (PRC), an agency that many voters know little about—although it affects every New Mexican who pays a gas, electric, or water bill—may be coming this November. The NM Legislature voted last year to place a question on the ballot that will determine whether to convert the PRC, which currently has five elected commissioners, to a three-commissioner panel in 2023, with appointments made by the governor.

Against this backdrop of uncertainty, Democrat and incumbent Cynthia Hall is running against Republican Janice Arnold-Jones. Whoever is elected will take office on Jan. 1, 2021 and serve for 2 years (if voters approve the ballot question) or 4 years.

In January 2017, Cynthia Hall took office as District 1 Commissioner of the PRC. As such, she has advocated for a higher Renewable Portfolio Standard—meaning a greater percentage of total retail sales by investor-owned utilities and rural electric cooperatives must be from renewable energy resources. She has also worked to require consideration of storage as a resource in integrated resource plans and for competitive procurement of renewable resources by utilities.

Hall, an attorney, brings a wealth of expertise to the commission. She was previously an associate general counsel to the PRC, assistant staff counsel in the NM Public Service Commission and Energy and Minerals Department. She also has worked as associate general counsel, hearing officer, and felony insurance fraud prosecutor in the NM Office of Superintendent of Insurance. Cynthia currently serves on the Committee on Electricity and the Subcommittee on Nuclear Issues–Waste Disposal of the National Association of Regulatory Utility Commissioners. She is a former Bernalillo County planning commissioner and former vice president of the NM Renewable Energy Association.

Hall’s opponent, Janice Arnold-Jones, is a native of North Carolina who moved across the country following her husband’s Navy career. She worked in the electrical contracting industry, banking, and media. A former NM state representative (HD 24, 2003-2011), she also served for 10 months as an Albuquerque City councilor (District 7). Arnold-Jones holds a bachelor’s degree in speech communications from UNM.

Cynthia Hall grew up in Indiana, and holds a JD from Southwestern Law School, an MS from St. Louis University, and a BA from Washington University.

In the words of U.S. Senator Martin Heinrich: “Cynthia Hall has been a champion of renewable energy from the beginning of her tenure on the PRC. Her commitment to 100% clean, affordable energy for all is unwavering. She protects ratepayers’ interests and has the expertise, vision and drive to lead the Commission through New Mexico’s energy transition and emergence as a national clean energy leader.”