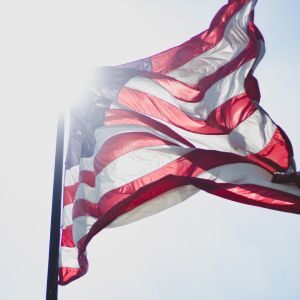 On November 8, before election results started rolling in, Rebecca Solnit’s thoughts on hope came to mind: “To hope is to give yourself to the future–and that commitment to the future is what makes the present inhabitable.”

As the day went along, future hope seemed less critical–as we moved toward a blue wave rather than a red wave in a brighter and brighter present.

Why? For one thing, Democrats in New Mexico won so resoundingly:

The breadth and depth of the wins could not have been more significant.

Voter turnout boosted confidence: Although a slightly larger percentage of voters participated in 2018, the fact that 52% of registered voters in New Mexico participated this year was good news.

The solid volunteer infrastructure Democratic Party of Bernalillo County Flora Lucero has built during her term as chair also inspired hope. There were DPBC volunteers dedicated to November’s successes at least a full 6 months ago, distributing fliers, designing ad campaigns, establishing lively social media networks, making calls, knocking doors, tabling, helping campaigns, rallying wards and precincts. The organizational feat of recruiting volunteers for President Biden’s visit in the last days of the campaign and training voting-day poll watchers, judges, and people willing and able to get voters to the polls piled success on success. The accomplishments, leadership, and vision of candidates were critical, of course. But there is no way they would have achieved the victories they did without the networks and consistent support of DPBC volunteers and DPBC leadership.

As the Blue Review went to press, the final U.S. House and Senate races were not called, and we were certain to have a Georgia runoff for Senate. In contrast to the New Mexico experience, the country could still take a turn for the worse, even though we can be somewhat confident that the bank of election deniers is bankrupt, and can take heart that it has become less fashionable to blame election failure on phantom bad guys from China or Italy. We can fully rejoice that Michigan, California, and Vermont voters amended their state constitutions to protect abortion rights and Kentucky voters rejected a state constitutional amendment that would have restricted them.

Why consider the importance of hope when all—or almost all—is well?

• Because we need to be committed to the future—that is, to younger people, especially Gen Z, many of whom voted as soon as they were able and who, in some cases, made the critical difference in election outcomes. Exit polls from Tuesday night show voters in the 18–29 age-bracket making up about 12–13% of the vote and preferring Democrats by much larger margins than any other group (as much as 70%).

• Because we need to continue our commitment to inclusion into the future. Democrats in New Mexico and across the country must continue to inspire participation in the electoral process. It’s what led to election of the first openly lesbian governor in Massachusetts, the brilliant Maura Healey, who led progressive attorneys general across the country in suing Donald Trump at every opportunity. It’s what led to the election of the first Latina state treasurer in the country, New Mexico’s own Laura Montoya. It’s what gave Nevada’s U.S. senate candidate Catherine Cortez-Masto a fighting chance of victory against Pete Domenici’s son Adam Laxalt in Nevada (https://www.npr.org/sections/thetwo-way/2013/02/20/172498747/former-sen-domenici-reveals-son-born-in-secrecy), sending the first Latina ever elected to the U.S. Senate.

• Because we need to commit to continuing to educate ourselves and others on fundamental Democratic processes and structures—to the understanding and appreciation of how elections are conducted, the limits of federal vs. state authority, and basic civics—in order to protect them as we strengthen democratic institutions.

While we plan for and commit to a fairer, more inclusive future, we engage in the process of building hope for success. As we maintain our hope, let’s also remember to celebrate!