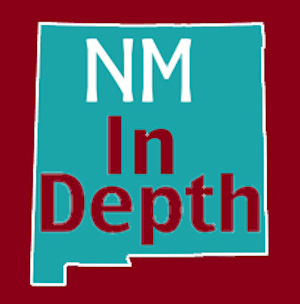 There are more than 335,000 potential teacher recruits in New Mexico — every child in the state’s public schools.

That’s according to Gwen Perea Warniment, the deputy secretary in charge of teacher training and recruitment for the Public Education Department. She has a big job in a state where 644 classrooms were filled by long-term substitutes this school year.

And as our report this week showed, that figure doesn’t really get at the state’s complicated hiring problem. It doesn’t show that rural and low-income schools have the toughest time hiring teachers, the massive lack in specialties like special education, bilingual and math classes, and that a growing reliance on people without education degrees has translated to greener teachers and higher turnover.

“There’s some important nuances to that because you have turnover in certain areas that’s much more severe than in others. For example, our math educators are in crisis right now,” Perea Warniment said.

It’s also a big job because the state is under court order to do a better job of educating many of the same students affected the most by a lack of trained, experienced teachers: English learners, Native Americans, special education and low-income students.

One big push from policymakers and community advocate groups like the Transform Education New Mexico coalition that formed after the Yazzie Martinez lawsuit is to make the teaching workforce more reflective of New Mexico’s student body.

Data from PED and a preliminary report from Los Alamos National Lab Foundation shows six in 10 teachers in New Mexico are white, and three-quarters are women. Forty percent got their degrees out of state.

“That’s one of our interests, what does it take to build a local teaching base?” asked Kersti Tyson, a LANL researcher who is analyzing results from surveys and focus groups with hundreds of teachers and students to get a better picture of what the shortage looks like in the 20 school districts the foundation serves. “How do we recruit local people who want to become teachers to stay in their communities?”

Why should a teacher’s ethnicity, gender and place of origin even matter as long as they’re good teachers, you might ask.

Some studies show benefits for minority and at-risk students in having teachers who look like them and share their upbringing.

The Brookings Institution outlines three theories. The role model theory, where students see adults with similar racial and ethnic backgrounds in positions of authority.  Second, that teachers of color are likely to have higher expectations for minority students — stemming from their perceptions about student ability, effort, and behavior — and are more likely to insist on students’ best effort in all assignments. Last is the theory that teachers’ cultural understanding of their students can lead to meaningful connections.

“This theory posits that teachers from a similar background as their students are uniquely positioned to explain new material in a culturally relevant way,” authors Anna J. Egalite and Brian Kisida write.

Some results of a more diverse teaching staff? Students often perform better on standardized tests, have improved attendance and are suspended less frequently.

So that takes us back to New Mexico’s students. Perea Warniment says that just by recruiting from a student population that is 61.6% Hispanic, 10.6% Native American and 2.3% African American, the state will naturally diversify its workforce.

“I think that’s the primary way: Our own educators come from us. They are represented by who we are,” she said. “That’s who I am. I’m a New Mexican. My family is from New Mexico.”

She said PED is trying to build not just a teacher pipeline, but an “ecosystem” — terminology that made it into the governor’s budget and comes with a $102.7 million ask, much of that for a new round of educator raises.

Perea Warniment said she wants to talk to students about becoming teachers in middle school, and make career classes available in high schools. Other plans are to work with the state’s education colleges to modernize their courses for the reality in New Mexico classrooms.

The department is working with legislators on mentorship programs and teaching residencies for college grads in other fields who want to become teachers. And it wants to give teachers more opportunities to learn new skills and take on leadership roles — with pay for those extra skills. She wants to invest in training and supporting principals.

This article comes from New Mexico In Depth’s weekly newsletter. You can sign up to receive the newsletter, or all of our news and analysis here.

This article first appeared on New Mexico In Depth and is republished here under a Creative Commons license.