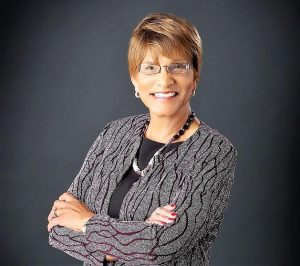 The Bernalillo County Commission voted to appoint Pamelya Herndon as the next Representative for House District 28, filling the seat vacated by the election of U.S. Rep. Melanie Stansbury. The vote was 4 to 0, with Commissioner Debbie O’Malley absent. Rep. Herndon will serve the remainder of Melanie Stansbury’s term in the state legislature, and will face a general election in November, 2022.

Herndon is a lawyer and nonprofit chief executive, a graduate of the University of Texas Law School at Austin who earned her bachelor’s degree from Howard University. She has received numerous awards for her work as a lawyer, including the 2012 Public Lawyer of the Year, presented by the Public Law Section of the New Mexico State Bar. In 2015 she was named Lawyer of the Year, presented by the Albuquerque Bar Association. In 2019 she was named as a W.K. Kellogg Fellow. In 2020 she was recognized on the list of 100 Outstanding Democratic Women in New Mexico, and also received a Purple Ribbon Award for her outstanding work for survivors of domestic violence. In 2021 Herndon received the prestigious Everyday Hero Award.

She is well-known within the Democratic Party of New Mexico after serving as a member of the electoral college in 2008, and is its current secretary. She authored two articles for The Blue Review in marking Black History Month in 2021. She has served on the boards of Emerge New Mexico, the African American Performing Arts Center Foundation, the Con Alma Health Foundation, and the United States Eagle Federal Credit Union.

Her professional resume includes serving in the litigation division of the New Mexico Attorney General’s office under Patricia Madrid, as general counsel for the New Mexico Regulation and Licensing Department of New Mexico, as deputy cabinet secretary of the NM General Services Department, as executive director of Southwest Women’s Law Center, and founding the KWH Law Center for Social Justice and Change.

“We are so proud to see Pamelya Herndon joining the legislature as the next Representative for District 28. She is an incredible leader, a proud Democrat, and an invaluable member of our community. We look forward to all that she will accomplish in the Roundhouse.”