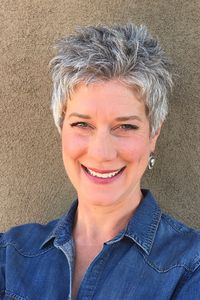 Personal Achievement: Velasquez has undergraduate and master’s degrees from Pennsylvania State University and UNM respectively. She was a teacher within the Albuquerque Public Schools, a faculty member at UNM, and a member of Governor Michelle Lujan Grisham’s interim Education Committee. She and her husband own a successful small business in Albuquerque.

Lord lists her accomplishments as founder of Pro-Gun Women NM, working to protect Second Amendment Rights, putting on the largest gun rally in NM, standing behind the “Rogue Sheriffs that refuse to enforce unconstitutional gun bills,” and being a special guest at the NM Virtual Second Amendment Coalition Call sponsored by Trump Victory, a joint fundraising committee of Trump for President and the Republican National Committee.

Responsive Representation: Velasquez plans to enlist support of those she represents through regular meetings with constituents – including those devoted to the needs of veterans and the elderly – and creation of a non-partisan Citizen Advisory Network.

Lord offers no plan to determine the needs of constituents.

The Economy, Business, and Job Development: Velasquez and her husband own a small business. She would support business by expanding programs offered by the Economic Development Department and creating a “business friendly” environment.

Lord advocates “Less government. Lower taxes. Economic freedom.” She believes NM should consider abolition of the personal income and corporate taxes, as has been done in Texas.

Education: Velasquez would work to ensure NM attracts qualified teachers and develops innovative ways to meet the needs of all its students.

Lord borrows a page from Betsy DeVos’s playbook. She supports “the rights of all parents to decide if home school, private school, charter schools or public school is the right choice for their children.” (sic)

Healthcare: In keeping with the Democratic platform, Velasquez supports healthcare that is accessible to and affordable for all New Mexicans.

Lord is anti-choice and has misrepresented progressives as wanting “abortion up until birth.”

Endorsements: Jessica Velasquez is endorsed by Martin Heinrich, Deb Haaland, Emily’s List, and Planned Parenthood, as well as many state and local organizations and officials and citizens in her district.

Stefani Lord has endorsements from seven county sheriffs, a gun shop owner, and a business that runs concealed carry courses.