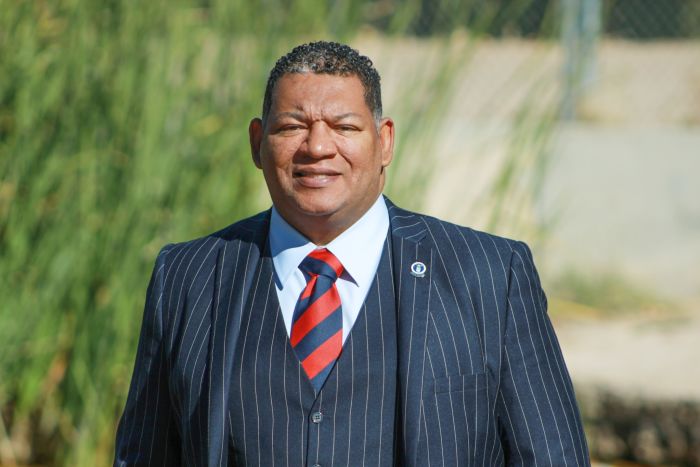 Focus on: Harold Pope Jr. for NM Senate District 23 and a New Mexico That Works For Us All

We have the opportunity to make history this November by electing Harold Pope Jr. as the first African American State Senator to serve in Santa Fe. He is running against the three-term Republican incumbent, Sander Rue, in District 23, on Albuquerque’s northwest side.

A retired Air Force officer and former City of Albuquerque appointee, Harold is focused on flipping this long-held seat from red to blue! He initially enlisted into the Air Force after high school and served as a dental assistant. He later graduated from the UNM Air Force ROTC program and went on to give 21 years of Honorable service as a Program Manager, Chemist, and Security Cooperation Officer. Harold was assigned at Kirtland AFB in 2009 and made Albuquerque’s west side his permanent home. During his return, he worked on projects that protect national assets from weapons of mass destruction, and culminated his career as the Deputy Program Manager on a Department of Defense satellite that tests new technologies.

Harold is upstanding in his community as a volunteer and board member. For the past four years he has been a mentor through Big Brothers Big Sisters to a young man attending Amy Biehl High School. Harold has also served on the board and just finished his term as board Chairman for the March of Dimes-Albuquerque, raising money for research to prevent premature births and birth defects and to promote healthy moms. He also has been at the forefront of police reform efforts in Albuquerque, serving on the Northwest Community Policing Council for several years. Finally, Harold served as an advisor under Mayor Keller in the Municipal Development Department, helping with the transition and installation of solar projects on city buildings.

Harold Pope is running a people-powered grassroots campaign, but in order to achieve his historic victory he will need everyone’s help. We have the opportunity to elect a bold and visionary leader who listens and cares deeply about his community. COVID-19 will not allow us to knock on doors, but you can help by volunteering to phone bank or donating to his campaign to get the message out by mail or digital means.