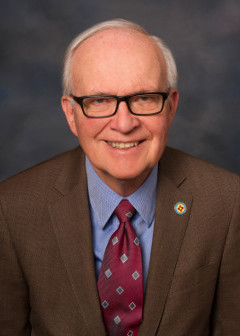 There are plenty of reasons Democrats in Albuquerque’s Northeast Heights should vote for Bill Tallman, the first being that he has earned Planned Parenthood’s endorsement in a district that elected anti-choice Republicans for almost 20 years. During that time:

As a highly welcome change, Bill Tallman won the seat from the incumbent Torraco in November 2016, and has proven himself a solid Democrat during his first term representing Senate District 18:

Senator Tallman’s voting record on government transparency has bipartisan appeal. A city manager for 35 years, he has sponsored requiring disclosure of the names of finalists competing for appointments to the executive branch and lists of each legislator’s capital outlay designations. He is supported by New Mexico Common Cause, and plans to introduce legislation to ensure that even New Mexico’s poor legislative districts will have safe roads and clean water.

Bill Tallman has both interest and expertise in administrative accountability that should lead to appointment to the Legislative Finance Committee, where consequential funding decisions are analyzed and debated. During legislative sessions, he is vice chair of the Senate Rules and member of the corporations and transportation committees. In the interim, he currently serves as co-chair of the Military and Veterans’ Affairs Committee and as a member of the Economic and Rural Development; Legislative Health and Human Services; New Mexico Finance Authority Oversight; Science, Technology and Telecommunications; and the Revenue Stabilization and Tax Policy committees.

Unopposed in our Democratic primary, Senator Tallman garnered 5,748 votes, and will square off with Ryan Alexandra Chavez (R) and Michael Cordova (L) in the general election on November 3 to represent the area bounded by Wyoming, Tramway, Academy and Constitution. Ms. Chavez was unopposed in the Republican primary and won 4362 votes; Cordova, unopposed in the Libertarian and won 67 votes.