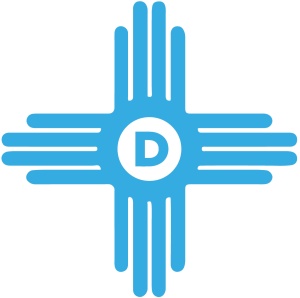 As the Democratic party of New Mexico Pre-Primary convention comes to a close, I am exhausted from the weekend but overjoyed about the event’s success. This weekend, Buffalo Thunder Casino in Pojoaque, just north of Santa Fe, was filled with over a thousand Democrats who gathered to nominate candidates — from the New Mexico Court of Appeals, to the U.S. Senate. In the majority of the races, there was only one candidate on the nomination ballot, including Bernalillo County’s own Congresswoman Deb Haaland’s race, as well as Northern New Mexico Congressman Ben Ray Luján’s race for Senate. The contested race, however, was the race for Luján’s seat in the third congressional district, where only frontrunner Teresa Leger Fernandez and dark horse candidate Laura Montoya went home with spots on the primary ballot. The other candidates – Marco Serna, Joseph Sanchez, Valerie Plame, John Blair, and Kyle Tisdel – must collect petitions to get onto the ballot in June. The full results of the convention are available at https://nmdemocrats.org/news/dpnm-holds-state-pre-primary-convention/

The convention featured speeches from most of the high-profile Democratic elected officials. First up was Governor Michelle Lujan Grisham, who emphasized Democratic accomplishments in 2019 here in New Mexico, as well as the work that must be done to continue that momentum into 2020. Second, Congressman Ben Ray Luján focused on his rural heritage and the incredible importance of the 2020 election, saying that “This moment has found us; it requires us to act. We have to show up because our lives depend on it, our rights depend on it and our future depends on it.” After that, Congresswoman Deb Haaland touched on her experience as a co-chair of the Elizabeth Warren campaign in her speech, urging New Mexicans to “dream big and fight hard” in 2020.

At the conclusion of the nominating process for all statewide and federal races in Bernalillo County, it is now time to come together and begin work in 2020. To all the delegates that came to the convention, I would like to express my sincere gratitude for your time and energy. As DNC Chairman Tom Perez would say, there are 239 days until the weekend, and we must use every one of them to elect Democrats here in Bernalillo County and beyond.