Women’s History Month, observed in the US, UK and Australia in March, and in October in Canada, all began with just a single day.   International Women’s Day, March 8 , has been observed since 1911.  It was fading into obscurity until the women’s movement in the 1960’s.  I remember the various demonstrations and bra burnings which long preceded the current Women’s Marches and pink hats.  But in 1975, it was commemorated by the United Nations and in 1977 was officially recognized by the UN. Back then, local groups started celebrating Women’s History Week.  Soon it became a movement which was so popular that President Jimmy Carter declared the first official National Women’s History Week in 1980, starting March 8 of that year.

There are additional historical benchmarks that happened in March.  On March 3, 1913 the first major parade took place in Washington DC for women’s suffrage.  Title IX which prohibits sex discrimination in federally funded education programs was passed in March 1972.  The Equal Rights Amendment which guarantees rights regardless of sex was passed in 1972.

International Women’s Day, #InternationalWomensDay, #IWD2020 and #EachforEqual, will be next Sunday, March 8.  It is a day in which everyone, everywhere, can get involved with supporting equality of women. An equal world is an enabled world!

Here in New Mexico, we have many women holding powerful political positions.  Some of them are part of Emerge America, a national non-profit organization based out of San Francisco which recruits and trains women who want to run for office.  Locally it’s called EmergeNM headed up Dr. Sharmin Dharas. (We’re planning to highlight this important organization in a future Blue Review issue.) 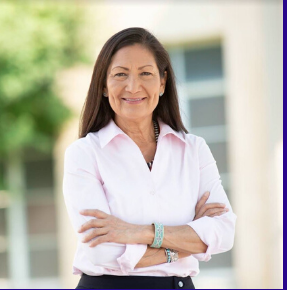 What are the goals for Congresswoman Deb Haaland (NM-01)?  “Women have always had to fight for equal pay and respect in the workforce.  I know, because I was one of them, that’s why I ran for congress. That’s also why the House and the biggest group of women ever elected passed the Paycheck Fairness Act, which closes loopholes that allow women to get paid less than their male counterparts,” said Rep. Deb Haaland. “The year is 2020 it’s time we acknowledge women and pay them what they deserve. My goal is to make a world where equality in the workplace is a right and not an option.”

Why do women make strong politicians? Flora Lucero, Democratic Party of Bernalillo County Chair explains: “Because, in contrast with her male political counterparts, no woman’s political entitlement has been given by virtue of her gender.  Our advantage is worked for and earned. Race and creed may create advantages or obstacles but every female in politics has to break through patriarchal walls constructed to keep others out.” 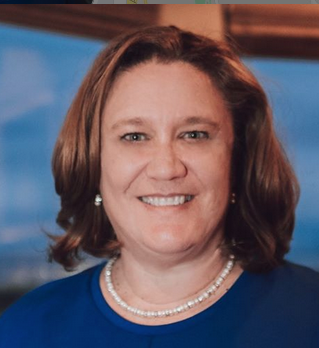 And what are some of the factors that motivate women to run? Wende Schwingendorf, Democratic Candidate for County Commissioner answers:  “As we honor and celebrate both 2020 International Women’s Day and the 100th anniversary of the passage of the 19th Amendment, we recognize the social, cultural, economic, and political achievement of women around the world.  Closer to home, these milestones remind me of the powerful women in my family, and who I am proud to represent. My mother’s grandmother, a horsewoman in Tucson, Arizona. My mother’s mother, who supplied the Rosies with basketfuls of rivets as she sped on her bicycle up and down the assembly lines in Ohio.  My mother, who raised me as a single parent and who often worked three jobs at a time to ensure that I had what I needed to grow, thrive, and succeed. My sister, who champions educators as a union representative in Indiana. It is their strength, wisdom, and determination that drive me to run for office to ensure that women are equally represented in all they strive to accomplish, both in their personal and professional lives.”

The celebration of women started with one day, then one week and now it’s one month.  Why not make it a year-long celebration, maybe 2021? It can happen. We can make it happen.  We’ve already proven that it can be done.