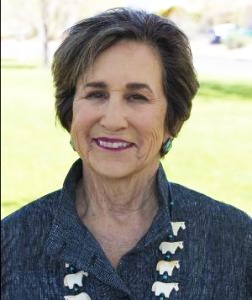 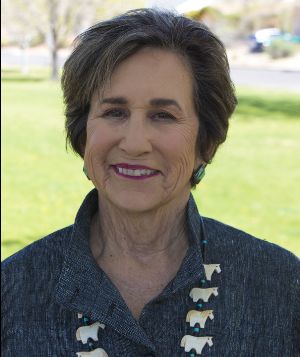 Marg Elliston has been on the job as Democratic State Party Chairperson for 21 months; she filled out her predecessor’s unexpired term and then was elected to her own two-year term in office. Previously she was Sandoval County Democratic Chair; during a recent interview, she quipped that now she has to deal with 33 counties, not just one. Marg makes a point of getting around, in person, to each of the 33 county committees, a considerable effort in a state as large as ours.

In addition to maintaining relationships with the 33 county committees, Marg and the Democratic Party look for opportunities to support common Democratic goals that are being championed by outside organizations such as Progressive Democrats of America, Indivisible, and the Working Families Party. They also work with Democratic campaigns and caucuses such as the progressive Adelante caucus to promote Democratic causes.

Asked what led to the remarkable Democratic advances in New Mexico, especially in Doña Ana and Bernalillo Counties in 2018, Marg points to the registration of new voters, especially in southern New Mexico, and involvement of young people throughout the state. She hopes to keep the momentum going by filling all ward and precinct slots and building a people-powered organizing machine from the bottom up. “It’s challenging to fill all positions,” Marg says, “especially in rapidly-growing areas where precincts are dividing and multiplying!”

Marg tells me that she is looking forward to the 2020 legislative session, hoping to support the Secretary of State in making voting easier, guarding “our sacred right to vote.” She’s looking for legislation to make campaign financing more transparent.

Marg hopes to support the Governor and the state Congressional delegation in their efforts, especially around making the immigration process more humane, working to minimize climate change, and supporting education, especially in early childhood.

In addition to leading our state’s party, Marg is half of a powerhouse political team at home: her husband Fred Harris teaches the political process at UNM and is a former US Senator (from Oklahoma) and a former Presidential candidate.